Posted at 12:08h in Latest News by alfastreet

The 2015 edition of the ICE show in London was very busy and a huge success for Alfastreet, which has displayed several new products, which gained general acclaim from the public. They have also presented a brand new stand design, which provided a spectacular stage for the new instruments.

The company from Slovenia is well renowned for their craftsmanship in production of ETGs and they clearly showed it on the show – the entire range has been renewed, with a complete family of Roulette based Multigame machines. The R4, R5 and R6 now complement the flagship model R8, which has been presented for the very first time with the option of keyboards together with 23” touch screen monitors and a slightly modified appearance.

Probably the most admired and intriguing machine on the stand was the final version of the Royal Derby, the mechanical horse-racing machine. The sales have officially started during the ICE show and the response is overwhelming. Over next couple of months the first machines will already be installed on the gaming floors all over the world, bringing the impatient players, the first real machine of this kind since the 1990s.

Although not as big and imposing as the Royal Derby, the biggest novelty from the company stood just in the middle of the stand: the first ever slot machines from Alfastreet. The signature design with colorful and witty top signage have immediately drawn attention to the original games, destined to be the hit with the hard core slot enthusiasts. One could tell the idea has been developing for quite some time, once you get to check the details and finish on the product.

The company is grateful to all the partners, friends and visitors who joined them on their stand and make the 2015 edition of the show probably one of the most successful in the company history. Alfastreet is looking forward to the next big exhibitions this year and invites everybody to join them. 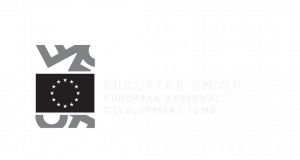